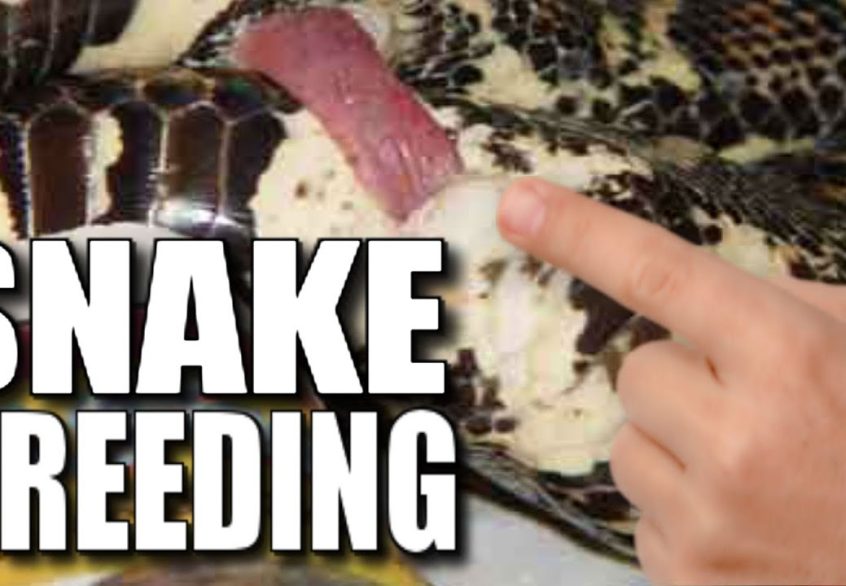 When you’ve had some success caring for captive snakes, you might find yourself interested in breeding them. This can be done, but it requires record keeping and attention to many details concerning the living conditions of the snakes. The breeding is generally done in the winter so that the babies are born or hatched in the spring.

Breeding snakes requires feeding them well for about four months, and then putting them into a cool state of hibernation. To do this, you first need to fatten them up, especially females, for a few months in late summer, then lower the temperature for a few more weeks or months. The exact timing varies with the species, as do the temperature requirements.

Just a quick note about determining the sex of a snake. This skill needs to be learned from an expert. It is a tricky process, sometimes requiring the use of a metal probe to look for the male reproductive organ. Even the most experienced of snake breeders make a mistake now and then.

During the hibernation, the snake is not fed, but is provided fresh water. When the time is up, the snake is gradually warmed up, and fed well again for a little while. Then the female and male are placed together. If she resists him, separate them and wait another week. If not, leave them together for a week or so.

A female snake that is developing eggs within is called “gravid.” Some species of snake eat well during this time and others don’t. The length of time it takes varies even within the same species. Again, the amount of heat provided makes a difference. Most females will shed shortly before laying their eggs.

Some snakes give birth to live offspring instead of laying eggs. The boas are examples of this. The hibernation requirements for these tropical snakes are much less, amounting to just a couple of weeks with low nighttime temperatures. Their humidity needs are higher, and they should be misted daily. With boas, you can add more than one male to the female’s enclosure.

Pregnancy takes from 4 to 10 months. The mother to be usually eats well during this time, but you should choose smaller food items, since her inside body space is getting more crowded. Shedding usually precedes giving birth, but it can be as much as another month before the birth. The litter size can range from 10 to as many as 80 for large, robust females.

In general, snake babies should be removed and placed in separate containers lined with paper towels. The paper towels should be kept moist for the first two weeks. They will shed around this time, and can feed on pinkies or fuzzies (young mice) after the shed.

There may be a market for these young reptiles, and the process is certainly fascinating for the hobbyist. Do remember, though, that there are growing numbers of pet snakes being shoved off into rescue shelters because the owners just can’t handle them any more. Be a responsible snake breeder, and make sure your young snakes won’t just be more casualties.

Save
SHARE:
Snake Breeding 0 Replies to “Tips On Breeding Snakes”

Why Can't Every Animal Be a Pet?

Why Can't Every Animal Be a Pet?